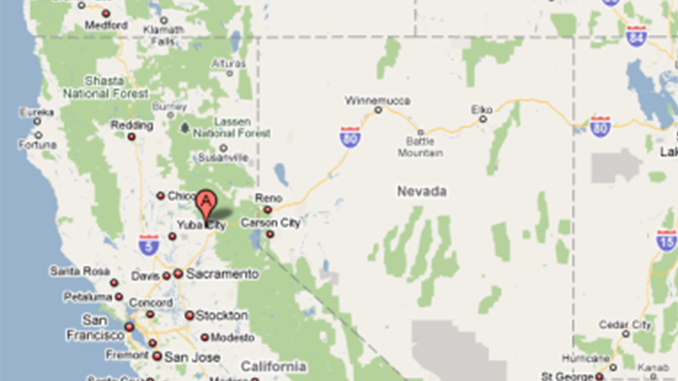 For those who have ever wondered where Telestream headquarters, the makers of ScreenFlow, is located – we are in a small town in northern California called Nevada City. (Yes, it IS confusing that we’re called “Nevada City” but we aren’t in Nevada…)

Tucked away in the foothills of the Sierra Nevada Mountains, smack dab between Lake Tahoe and Sacramento, this was once the destination for many fortune seekers in the California ’49er Gold Rush. In more recent times, a new type of fortune seeker has taken over and this area – now known by some as “Video Valley” – is home to a dozen or more high-tech companies that focus on the broadcast/video industry.

Some of you may have heard of Grass Valley Group – one of the pioneers and market leaders in broadcast video equipment manufacturing. Other high-tech neighbors include AJA Video, NVision (recently bought by Miranda Technologies), Sierra Video Systems, Ensemble Design, and Editware, and many others.

Being in the foothills, we get snow a few times a year, but this morning offered us a special glimpse of winter. Nearly a foot of snow fell and stuck to the trees like a winter wonderland for our enjoyment – and now your enjoyment.  Enjoy!

P.S. By the way, for anyone wanting to move to this little corner of paradise, we ARE hiring. Perhaps you’re a Mac Applications Developer looking for a new adventure?