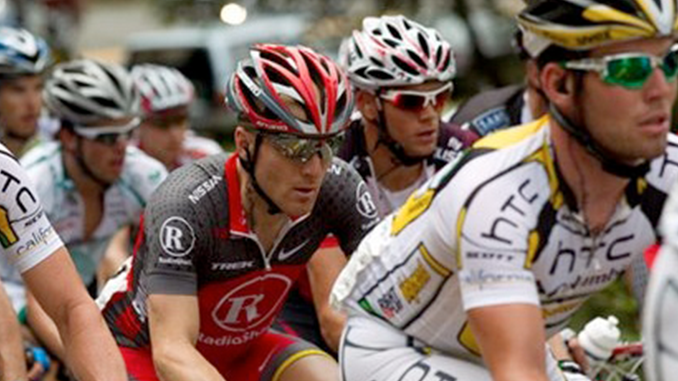 Nevada City, the home of Telestream, is a small community situated between Sacramento, California and Lake Tahoe. Although there are plenty of activities for a small town: art, theater, recreation… it’s not often that Nevada City finds itself the hub of national news. But this past weekend, Nevada City played host to the start of the first stage of the largest cycling event in America, the 2010 Amgen Tour of California, which included a field of top international bike racers including Lance Armstrong and Levi Leipheimer.

The Amgen Tour of California is a Tour de France-style cycling road race that runs the length of California in eight stages. The first stage started just up the road from our offices in Nevada City last Sunday, and had riders traveling 104 miles to the first stage finish line in Sacramento.

Telestream was a sponsor for this first stage, and we produced a 30-second video that played at the event. The video was produced almost 100% in-house, and used some of Telestream’s products in the production.