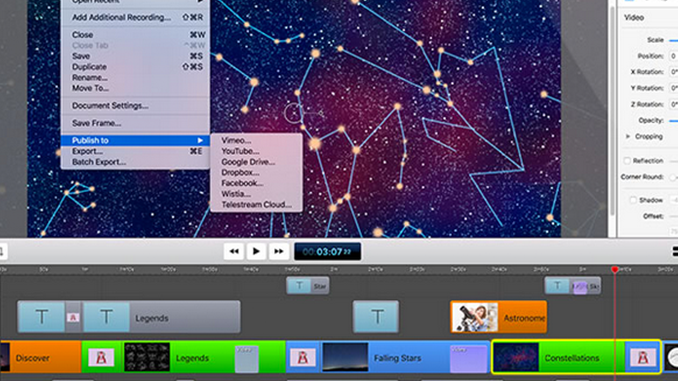 From This is Spinal Tap:

Nigel Tufnel: What we do is, if we need that extra push over the cliff, you know what we do?
Marty DiBergi: Put it up to eleven.
Nigel Tufnel: Eleven. Exactly. One louder.

One of my favorite films… And such a memorable quote that nearly seamlessly ties right into the blog topic of the day: Using the Shift key to take your keyboard shortcuts up a notch, or take it “to Eleven”.

My last tip post, Keyboard shortcuts to speed up your screencasting, generated quite a few comments and suggestions from users. This week, I’d like to add-on to that by calling out the role of the Shift key, and how it can change or enhance some of the common keyboard shortcuts.  For example:

The Shift key can also be used as an easy way to select In/Out points. One way to do this is to place your playhead at the start position, and hit “I”, and place it in the end position and hit “O”. This selects a range of your project, which you can then Ripple Delete, or Export as a Range. But this becomes so much easier with the multi-faceted Shift key… simply click and drag your playhead while holding Shift, and voila, your range is selected!

So when you’re feeling like you just need a little extra…  a little bit of oomph… when ten is just not high enough… use Shift to take it up to “eleven”.